After writing last week’s Reflections, I came across this essay by Drew Jones, a recently retired NASA aerospace engineer. Jones testifies that one of the gifts of being a scientist is to know in even greater detail than most can appreciate how “the heavens are telling the glory of God.” You can find the full article in the ecumenical journal Plough: Is Space Exploration Worth the Cost?

I walked out the gate of NASA’s Goddard Space Flight Center yesterday and into retirement after thirty-seven years. My career at NASA has been the stuff of dreams for a ten-year-old boy of my generation: I designed spacecraft. More specifically, I designed future spacecraft, usually without astronauts, for the purpose of discovering raw knowledge about the universe. Somewhere around 120 missions floated across my desk and through my computer as I worked; most were scientific payloads that stared at the cosmos, or at the Earth, or at anything and everything that floated in between. I also had the chance to design probes and landers to drop into the hell of Venus or plunge through the crushing gas of Saturn or visit the ice-bound clusters of space debris spinning silently around the sun. I designed mechanical eyes that stare into the void of space, trying to catch a glimpse of particles or waves completely invisible to anything but the machine.

My job was to design the future – and often the future was far off. James Webb Space Telescope launched on Christmas 2021. I had worked on the preliminary concepts back in the 1990s. Many of my designs never went further than a crowded review, a polished presentation, or a filing cabinet. But some were built, and they grabbed for knowledge far above the aging buildings of the sprawling Goddard campus. Some of my earlier projects have even finished their run, taken a bow, and dropped into the sea or burned up as an unnoticed flash in the sky. As I walked out that gate yesterday, I left behind designs that today’s toddlers may one day launch. 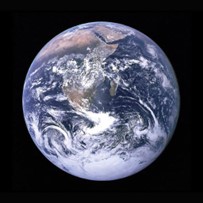 One of my roles at NASA was speaking at schools and organizations about our work. For schools, the goal was to inspire students to shoot for something higher than playing video games. For adults, it was seeing that their tax money was being well spent. Hearing me talk gave them a taste of what they were buying.

One day I drove up to Pennsylvania to speak to a group of engineers who were not part of the aerospace world. At the end of the talk we had lunch, and I sat at a small conference table, eating bland boiled chicken and talking about the universe. Hubble Space Telescope had been very busy, and the surreal pictures of the universe it took were flooding the press. The pictures were beyond anything a science-fiction artist could have imagined, and the scale of the objects being photographed simply wouldn’t fit into our minds.

As the lunch progressed, and the polite conversation began to relax, it quickly became apparent that everyone at the table was Christian, and our pragmatic scientific descriptions gave way to language of worship. As we excitedly described our impressions of the staggering wonders of God’s creation that were flowing down from Hubble, it seemed we were all left breathless. This was not a Christian event, but this little group discovered that we shared a Father, and a growing excitement about his glory being revealed in new ways. What I experienced at that little engineering conference was exactly why my years at NASA mattered. 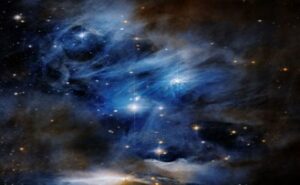 Jones says that his presentations often included giving reasons justifying the expense of space exploration. But only now that he has left NASA can he freely give the explanation which matters to him most.

One of the things I could not do at NASA-sponsored speaking engagements was answer the question about the cost of space science the way I would have liked to – the way it was answered over a plate of bland boiled chicken around a table in Pennsylvania where I was surprised to discover that I ate with brothers and sisters in Christ.

I love God more because of space science, and I am not the only one. A coworker of mine who was heavily involved with running the Hubble Space Telescope and a great lover of God came to our church to show images taken by Hubble and correlate them to Psalm 19:1: “The heavens are telling the glory of God. …” At the end of that presentation a roomful of people sat stunned, in awe of their great God, dazzled by his glory, and more in love with him than ever before.

NASA is unintentionally exploring the glory of God. Every batch of scientific data downloaded from a silver-flecked spacecraft declares his glory. Each fuzzy photo of the furthest reaches of the universe makes our understanding of the greatness of our Creator grow. We are the first generation to see these far expanses of God’s glory. Even in my lifetime, our wonder at the God whom we worship has grown to breathtaking levels, thanks to countless machines racing through the void of space declaring the glory of God. It is he who gives us all we needed to discover it: the materials, the math, the physics, the creativity, the right amount of gravity, the energy density in our fuel chemistry, and so much more. Knowing how precisely everything that we need for spaceflight has been provided, and the staggering wonders being revealed by flying into space, I can only conclude that God intends us to go and be intoxicated by what we discover about him there.