Greetings from Santa Fe, New Mexico. I am on the first and shorter part of my summer vacation. I soon fly back to Florida, then return in August for the better part of the month. We drove out to take the dogs with us, who will return with Joe around the first of October.

I am not a fan of long-distance driving, but our trip went fine (though going through Dallas during the morning rush was no picnic). Unlike flying, where you are in one place one moment and another the next, driving gives a genuine sense of travel and arrival. In this case, we left tropical south Florida and then proceeded through the hilly, lush green forests of the South, across the flat rangeland of Texas, and into the high desert and mountains of northern New Mexico.

New Mexico has been in the news recently for an outbreak of forest fires. While aided by a very dry and windy spring, most occurred through human negligence. The largest in the state’s history, at over 300,000 acres, was on the opposite, eastern slope of the mountains from Santa Fe. Billowing black smoke was easily seen and smelled in the city. Friends on a ranch southeast of us nearly evacuated when they saw leaping flames nearby.

The fire started when an ill-conceived Forest Service prescribed burn went out-of-control. Begun in April, it is still smoldering in some inaccessible places. Shortly before we arrived, however, the weather changed dramatically as seasonal monsoonal rains came early and began drenching the landscape. The fires were quenched, and the brown landscape came back to life. 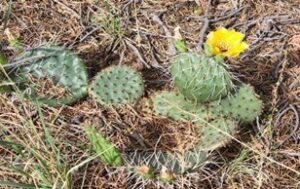 Drought has been a climate feature of the Southwest for as long as humans have been here. Archeologists have traced most of the historic movements of native peoples to such events. Not surprisingly, rain dances are part of the ceremonial life of all the tribes in the region. And more than a few non-natives expressed their gratitude for the performance of those dances this past spring.

Recently I came across an essay by the pioneering Swiss psychiatrist, Carl Jung (1875-1961), about his visit to New Mexico in the 1920s. He writes about his visit to Taos Pueblo, which is about 75 miles north of Santa Fe and a UNESCO World Heritage Site. It is likely the oldest continuously inhabited community in the United States.

From the pueblo’s chief, Jung learned about the Taos people’s intimate relations with the natural world. They believe that their rituals are what keep the Sun, the creator and source of life, moving across the sky. And this is not just for themselves. “We do it for the whole world. Everyone benefits by it…. If we did not do it, what would become of the world?”

Jung understood that most Westerners would sneer at such a notion, but he found it profoundly meaningful. Not only did it convey dignity to nature it gave dignity to humans as preservers of nature. It also places humans in a deeply sacred relationship with God, as well as the world. Jung writes:

The ritual acts of man are an answer and reaction to the action of God upon man…. That man feels capable of formulating valid replies to the overpowering influence of God, and that he can render back something which is essential even to God, induces pride, for it raises the human individual to the dignity of a metaphysical factor. “God and us” … this equation no doubt underlies the enviable serenity of the Pueblo Indian. Such a man is in the fullest sense of the word in his proper place.

The notion of God and humanity in partnership is easily found in the Bible, though not often emphasized, or understood. In fact, from the creation story it can be concluded that this is our primary identity and the meaning of being children of God. We are the caretakes of our planetary home, acting on God’s behalf.

The Indian “serenity” that Jung observed is a word rarely used of modern humanity. And how many today can say with confidence that they feel that they live in their “proper place”? It’s hard not to see the connection between our restlessness and almost constant sense of dis-ease and our roles, not as preserves of nature, but as exploiters of it.

I’ve appreciated this time to reconnect with the world and consider again my place in it. There is a reason we call such experiences “re-creation.”